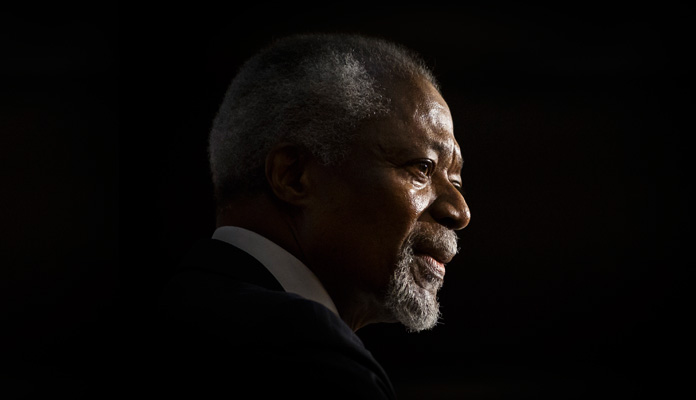 07 Oct Ghana and the world bid farewell to Kofi Annan

Ghana on September 13, 2018 bid farewell to Kofi Annan, former Secretary-General of the United Nations and the only black African to hold the post at a state funeral attended by African leaders and international statesmen who hailed his record as an advocate for humanity and world peace.

Mr Annan was 80. World leaders and international dignitaries gathered at the solemn ceremony, which took place at the Accra International Conference Center, to pay their last respects to the former United Nations Secretary-General in a ceremony that concluded two days of viewing.

Mourners included Princess Beatrix, the former Queen of the Netherlands, and her daughter-in-law Princess Mabel, who were close friends of Annan. Presidents from across Africa joined UN Secretary General Antonio Guterres, Annan’s family; his widow of 35 years, Nane Annan, his children Ama and Kojo, and his step-daughter, Nina to grieve together.

Please click here to download the full article with all tributes, his biography and photos. To find out more information about Kofi Annan including his work please visit his foundation’s website here.